Newspaper “The Wahington Post” again criticized the Azerbaijani criminal power.
The article states that the power is in control of the media not to lose power. 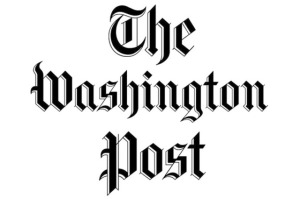 Robert Orttung is assistant director of the Institute for European, Russian, and Eurasian Studies at George Washington University’s Elliott School for International Affairs. Christopher Walker is executive director of the International Forum for Democratic Studies at the National Endowment for Democracy. This article is adapted from a longer essay published in the January issue of the Journal of Democracy.

With a surprise decree Dec. 9, Russian President Vladimir Putin shut down RIA Novosti, the massive, state-controlled news agency, and replaced it with an entity that will be overseen by Margarita Simonyan, the head of “RT,” Russia’s international propaganda arm, andDmitry Kiselyov, an odious television presenter.

Officially, the Kremlin described the change as a way to “provide information on Russian state policy and Russian life and society for audiences abroad.” But this shake-up is better understood as the latest Kremlin effort to reassert control over its domestic mass media. RIA Novosti had a growing reputation for pursuing independent and analytical reporting. Putin’s patience wore out.

And Putin’s Russia is only one of an increasing number of authoritarian regimes that has effectively retooled its strategy of controlling the media.Despite the rapid rise of the Internet and social media, governments in China,Azerbaijan, Vietnam, Iran, Zimbabwe and elsewhere are finding ways to use state-controlled media to help themselves stay in power. They achieve this through selective censorship of political expression and by using state media to influence crucial audiences.

Aside from outliers such as Cuba, North Korea and Turkmenistan, most authoritarian regimes today do not seek total domination of all means of mass communication. Instead, they want “effective media control” — enough for them to convey their strength and puff up claims to legitimacy while undermining potential alternatives. Such state dominance enables regimes to put pro-government narratives front and center while using the power of editorial omission to limit criticism of official policies and actions.

Selective censorship is essential because aspirations to economic modernization won’t work alongside wholesale repression and the restrictions on information flow that this would require. No smart authoritarian wants to rule the next North Korea.

So how have state-dominated media systems — television, newspapers, radio and new media, all backed by tilted police and courts — endured in the era of rapid technological and communications advances?

The answer is found in the four audiences that authoritarian state-controlled media seek to influence.

The first is regime elites. Authoritarian governments must always worry about their elites because any split among this group could lead to regime collapse. State-controlled media make it a mission to reassure these regime mainstays that the incumbent ruler stands secure. Clear media dominance signals to members of the ruling coalition that defections will be punished, including through smear campaigns. In China, for example, the Communist Party leadership uses its media dominance to firm up its position with the party rank-and-file, the state bureaucracy, armed forces and the growing party-linked business community. Putin uses state-controlled media to display his power to the siloviki who staff the military, the police forces and the state-security apparatus — the groups integral to his control in Russia.

The second crucial audience is the populace at large. State-dominated media work to make mass audiences respect and fear the regime, but breeding apathy and passivity is just as important. To stay in power, an authoritarian regime must keep vast numbers of people out of politics. State-controlled television is the main tool for achieving this objective in environments where typically three-quarters or more of the population get their information from TV.

The third group is the political opposition and independent civil society. In democracies, open media are the lifeblood of politics. In authoritarian regimes, state-controlled media seek to isolate activists from society at large, with the idea of preventing them from organizing and mobilizing. To this end, state-run media try to discredit in the public’s mind any notion of a political alternative. State media attacks delegitimize civil society and the opposition, paving the way for other repressive measures, while accusing oppositionists of wanting to cause chaos, a charge that may resonate widely in societies with histories of political instability.

The fourth group is regular Internet users. As the number of people online grows, authoritarian governments realize the Internet is something they must try to control. Yet managing the political content of what is broadcast is not the same as reining in such information online. Authoritarian regimes show great determination and innovation to achieve this objective. The Chinese government has fine-tuned its censorship by working to curtail online content that might promote social mobilization. Since September, authorities in Beijing cracked down fiercely on microblogging by opinion leaders. To muddy the waters in Azerbaijan, a pro-government youth group publishes Internet memes designed to discredit the opposition. As with traditional media, restrictive online measures are not designed to block everything but are aimed chiefly at obstructing news about politics or other sensitive issues from consistently reaching key audiences.

Authoritarian rulers know that they need state-controlled media to survive. And the state’s grip on the media, once tightened, cannot readily be loosened without opening the floodgates and risking the regime. Mikhail Gorbachev, the last top official of the Soviet Union, discovered this with his policy of glasnost (openness). He thought that he was saving the Soviet system with such reforms when, in fact, he doomed it.

Authoritarian governments willfully deprive hundreds of millions of people of authentically plural and independent information and analysis. The intense attention devoted to the rise of new media in recent years has led many to underestimate television’s enduring and powerful role as an undemocratic force in authoritarian societies. But through their dogged control of traditional media, and increasing ability to impede the political content of new media, authoritarian regimes are shaping an entirely different understanding of “breaking the news.”