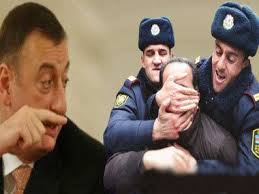 In Azerbaijan, October 9, 2013 was a presidential election. In the elections for the dead also voted. This is a famous Octomber 31, 2013 American newspaper  “Foreign Policy” published an article titled “Vote of the Living Dead”.

Over the past few years, authoritarian regimes have come to place an increasingly high premium on the veneer and perceptions of elections, rather than on their substance. Today’s savvier, more media-conscious autocrats are taking this approach to a whole new level: they are strategically deploying “zombie monitors,” fake monitoring groups that praise obviously flawed elections in an effort to drown out more critical assessments by established monitoring organizations.

This subterfuge was on full view in Azerbaijan’s Oct. 9 presidential election, in which sitting President Ilham Aliyev was re-elected with a whopping 85 percent of the vote. His closest competitor, Jamil Hasanli, was credited with 5.5 percent. In what has become the standard in this deeply repressive country, the incumbent authorities pulled out all the stops to ensure that no meaningful competition could take place on election day or during the campaign preceding it. The election monitoring mission of the Organization for Security and Cooperation in Europe’s Office of Democratic Initiatives and Human Rights (ODIHR) noted that the election was “undermined by limitations on freedoms of expression, assembly and association,” and that “significant problemswere observed throughout all stages of election day processes.”

Though the ODIHR is now increasingly drawing criticism from the countries whose elections it criticizes, the long-term monitoring activities, mission size and experience of ODIHR observers make them a gold standard in the world of international election monitoring. This was the ODIHR’seighth election monitoring mission in Azerbaijan, and was comprised of a group of 30 long-term observers from 16 countries and 280 short-term observers monitoring polls on election day. This time around, though, the ODIHR found itself facing a host of competitors. Soon after the polls closed, a myriad of little-known election monitoring groups emerged in the country’s capital Baku to publicly sanctify President Aliyev’s victory. “The Inter-Commission Working Group on International Cooperation and Public Diplomacy of the Public Chamber of Russia Elections” and the “Commonwealth of Independent States Observation Mission” (CIS-EMO) issued positive assessments of the election process — which were then disseminated widely by the Azerbaijani media.

Similarly rosy assessments came from other obscure groups like the “Observer Mission of the NGO Forum of the Organization of Black Sea Economic Cooperation (BSEC)” and the “Observation Mission of the Standing Conference of Political Parties of Latin America and the Caribbean (COPPPAL).” The head of an observation mission from Pakistan’s parliament, Senator Mushahid Hussain Sayed, even said at a press conference that “no significant violations were revealed during the voting,” and added for good measure that “Azerbaijan is an island of development and prosperity in the region.”

Most intriguingly, the pro-Azerbaijan government APA news agency referenced the obscure, Oklahoma-based Independent American Center of Political Monitoring, which it referred to as a delegation of “former congressmen and journalists.” According to the APA, the Americans had declared the election “transparent and free.”

A similar constellation of pseudo-monitors have been on the scene in recent, acutely flawed elections in authoritarian strongholds such as Belarus, Kazakhstan, and Russia.