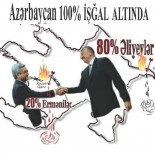 Azerbaijan is among the dangerous world! 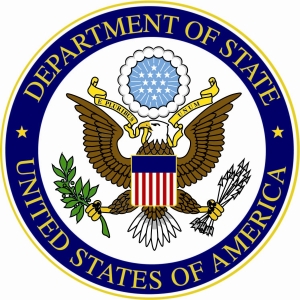 By Andrew Quinn and Susan Cornwell

WASHINGTON, Dec 20 (Reuters) – The U.S. State Department will seek billions of dollars in new funds and revamp security procedures around the globe in response to criticism by an independent investigation of the Sept. 11 attack on the U.S. mission in Benghazi, Libya, senior officials said on Thursday.

U.S. Secretary of State Hillary Clinton’s two top deputies appeared at a Senate hearing and conceded that U.S. officials had failed to “connect the dots” ahead of the attack, which killed U.S. Ambassador to Libya Christopher Stevens and three other Americans.

“We learned some very hard and painful lessons in Benghazi,” said Deputy Secretary of State William Burns. “We are already acting on them. We have to do better.”

The State Department said on Wednesday its security chief had resigned and three other officials were relieved of their posts following the report, which cited leadership and management deficiencies, poor coordination and confusion over who had the authority to make decisions..

Senate Foreign Relations Committee Chairman John Kerry, tipped to be President Barack Obama’s pick to replace Clinton when she steps down next month, chaired the session and led the call for increased funding.

“We need to make certain that we are not penny wise and pound foolish when it comes to supporting America’s vital interest overseas,” Kerry, a Massachusetts Democrat, said.

Clinton, unable to appear at the hearing due to illness, has already asked for $1.4 billion in funds for the 2013 fiscal year to be re-allocated to improve security at U.S. diplomatic missions, a State Department fact sheet said.

The State Department is also expected to request $2.3 billion per year for the next 10 years to further this work.

Some Republican lawmakers challenged the call for more money.

“If the State Department intends to blame its long string of failures on inadequate funding, then perhaps it should take a closer look at the money that is being lavished on global climate change, culinary diplomacy programs and other favored projects,” House Foreign Affairs Committee chairwoman Ileana Ros-Lehtinen, said at an afternoon hearing.

But the panel’s top Democrat, Representative Howard Berman, said the diplomatic security budget was cut so often it “created a culture at the State Department that is more preoccupied with saving money than with achieving its security goals.”

Deputy Secretary of State Thomas Nides said the department had formed a task force to implement 29 specific recommendations in the panel’s report and sent security assessment teams to 19 U.S. missions in 13 countries.

The department, in cooperation with the Pentagon, intends to send 35 additional Marine detachments, or about 225 uniformed personnel, to beef up security at medium- and high-threat posts and to boost staffing of its own Bureau of Diplomatic Security by about 5 percent, or 150 additional agents, Nides said.

“Implementation of each and every recommendation will be under way by the time the next secretary of state takes office,” Nides said.

The State Department said Bill Miller, a diplomatic security special agent since 1987 who has served in Egypt and Iraq, was appointed deputy assistant secretary of state for high-threat posts – a new position in the Bureau of Diplomatic Security.

The Benghazi incident could tarnish Clinton’s four-year tenure as secretary of state but the report does not fault her specifically.

Burns said to his knowledge the security requests from diplomats in Libya “did not get as far as Secretary Clinton.”

White House spokesman Jay Carney said Obama endorsed the recommendations of the Benghazi report and expects them to be fully implemented.

“Immediately, accountability has been brought to bear with regard to four individuals who are very senior,” he said.

Republican Senator Bob Corker, an outspoken critic of the Obama administration’s response to Benghazi, said the panel report revealed a “sclerotic” State Department that has failed to make good use of the resources already at its disposal.

“We have no idea whether the State Department is using its money wisely or not,” he said.

Nides said the department still was coming to terms with widespread changes across the Middle East and defended the department’s overall track record.

“We get this right about 99 percent of the time. We would like to be at 100 percent without question,” he said.

Republicans have focused much of their firepower on U.S. Ambassador to the United Nations Susan Rice, who appeared on TV talk shows after the attack and suggested it was the result of a spontaneous protest rather than a planned attack.

The report concluded there was no such protest and Rice, who had been widely seen as Obama’s top pick to succeed Clinton, withdrew her name from consideration last week.

U.S. officials say the assault, which occurred on the anniversary of the Sept. 11, 2001, attacks on New York and Washington, was the work of Islamist extremists and have pledged to bring those responsible to justice.

Burns said the attack highlighted the need to take a broader look at security rather than focus on “specific and credible” threats, which officials insist were absent in Benghazi.

“What happened in Benghazi was clearly a terrorist attack,” Burns said. “We did not do a good enough job, as the report highlights, in trying to connect the dots.”